Although, I am not a movie buff, but I watched a movie based on the autobiography of the programmer of a leading social networking software development company this month. Opps! I guess I don’t need to elaborate it further and you all can read between the lines. So, the thing is that movie depicted that the programmer of the website (that took the world into its clutches) was not interested in making money. But the latest functionality that is launched by the company speaks that no one can remain detached from the attraction of money.

Things to Remember when Promoting on Social Networking Sites

Well well well… People let us talk about some awesome ideas which custom software development companies are coming up with. 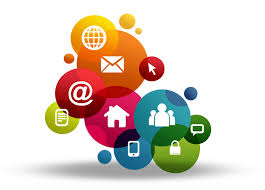 From Social Connections to Shopping Carts: Social Networking sites are breaking into Ecommerce

We all know the success story of Facebook and somewhere or the other all of us are responsible for its growth saga. With every status share, photograph upload, like and share, Facebook is growing.
Keeping this in mind Facebook has thought of launching another trump card functionality called buy.
What!!! I know this will be your reaction.

As we all know that building as e-Commerce web application development is a greener pasture, so I guess Facebook is trying to utilise its popularity in order to break into the e-Commerce business development.
This buy button will appear on the advertisements posted on the Facebook and will enable the users to buy the product without leaving their Facebook page. Pheww … seems online purchasing has become as easy as liking or sharing a photograph.

Moreover, just after a few hours after this announcement made by Facebook, twitter also announced its new shopping venture. However, twitter came up with the news with their plans for providing its users an in-the-moment commerce experience are gaining grounds. As it has acquired CardSpring, which is a payment infrastructure firm.

Seems to be a head on completion between the two leading social networking software development companies.

The back to back announcements by the two giants can be a sheer coincidence or whatever you may call, but they clearly state their open motives of breaking into e-Commerce Web development.

Guidelines to help you in becoming reachable in social networking sites

We are well aware that Facebook tried its hands on payments earlier. It also offered a virtual currency, named as credits and launched a gift shop. Moreover, Facebook also accepted payments in games. This new buy button fortifies intentions of Facebook in making a grip over this sector.

The idea behind this shift can be the apprehension of losing the audiences as people are losing their interest. So, the next questions which arises is that, Have Facebook and twitter lost their control on audiences and now they need new strategies in order maintain their utility.

These social networking giants are under the impression that, as people spend a lot of time liking, sharing and following things, they will certainly buy things impulsively. However, this is clearly seen that they are trying to make their web applications more user engaging.

As we know that Facebook and twitter are all covered with advertisements all over. So, just being a mere showpiece they can be turned into a show case. From these show cases you can pick up the items you like and buy it there itself. As advertisements are also considered as distractions, so making it responsive would be illuming idea to make them less distractive.

Can they match up with the e-Commerce giants?

Build your Career by managing your social media profile

We are aware of the fact that many content owners at the social networking sites aim to provide “readers offers” to make e-commerce into the content sites.

In order to accomplish this we have SPS Commerce’s automated catalog-building, which allows brands or retails to create online inventory which matches the scale of Amazon and that too without labour cost. Seems that social networking sites are turning into shopping networks and are opening new opportunities for retailers.

The Buy button have created a lot of buzz among the software development companies. Well, I think so that it is a new idea which is indeed an innovative one. But should they focus on one thing rather than fiddling around with things. What’s your suggestion? I would like to know your views in comment section .

Let’s Know About The social Media Usage among Teens 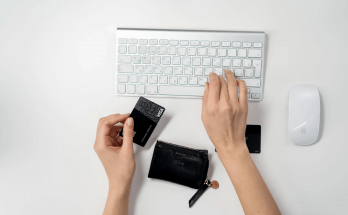