Have you ever been in public and felt like you are being watched? Recorded even? With technology today, fears like this could actually be a reality without you even knowing.

With the increasing amounts of security you have been recorded on CCTV cameras more times than you can even imaging (especially in places such as the centre of London). Visualise this: you are walking up the road. There are a row of 6 buildings each containing CCTV cameras, there is also a CCTV at either side of the street. Potentially, you could have been recorded 8 times on camera just by walking down the street. This may be a slight exaggeration however it helps to understand the severity of the camera usage. I point this out because I want to question “Does this bother you?” People would say that it bothers them however it is the price to pay for security. Others could argue that they don’t want to be recorded and that in fact the presence of cameras does not actually reduce crime (statistically it does however some people are reluctant to accept that).

With the ever increasing amount of “selfies” being taken (over a million a day) we are being “snapped” and posted on the internet without even knowing it. Visualise this: A person is standing there, posing happily for their new profile picture. Then there are you in the background, mouth wide open, about to take a bite out of your delicious yet messy burger. You then see this on someone else’s feed; do you consider this a “photo bomb” or an insult that someone has posted it without your consent? Again, I am going to question “Does this bother you?” I have known people to get extremely frustrated by this and even contacting the person to take it down. As the victim you would want this to be instantly taken down however as the picture taker, you may not see what the fuss is all about.

Google Glass has been the centre of privacy invasion campaigns ever since the idea for them was pitched. Google glass is glasses which are like your typical android smart phone. You can access the internet, Skype and use the built in camera. So what’s the problem? Is it the built in computer? No, it is the camera. With the option to constantly record everything you see, Google glass could potentially be an insane invasion of privacy… or is it? People do not like the idea of this at all! There have even been reported cases of people being harassed / invaded by the government as they went to the theatre wearing their prescription Google glass; in this case the recording feature was turned off however it’s the whole situation which is the worry. If you meet someone and then later find out they could have been recording you with their Google glass how would you feel? With the recent public sale of Google glass this could be a possibility. “Does this bother you?” It can be argues that it will only bother you if you know it has happened, otherwise you are oblivious. Google glasses are only seemed to be a threat to privacy issues if they fall into the wrong hands (for example someone developed them into facial recognition glasses however this was swiftly handled by Google). Otherwise they are just like having a video camera in public; it doesn’t mean you are using it just because you are holding it.

With the ever increasing urge to become famous these days’ people jump at any opportunity no matter how small. If you see a television crew on the streets recording by passers chances are you will change direction just to walk by the camera. If the part of you is selected and aired on Television then chances are you will be jumping for joy and telling all of your friends / colleagues about it. However there is always the flip side of the argument that strangers can be watching you and judging you. So again I ask “Does this other you?” People love the idea of being on television and could argue that it is the price to pay for their 5 seconds of fame. However what if you didn’t even see the camera? You could feel frustrated that they have put you on television.
Must Read Privacy Tips of this Years -> https://share-ask.com/?s=Privacy

These all seem like completely different scenarios however are they really? They all involve you being unknowingly recorded for anyone else to see so why do we accept this? If we didn’t know any of these scenarios were happening however found out at a later date we would be furious, could even complain. There have even been games which are thriving off of this fear such as “Watchdogs”. You can try and avoid this as much as possible by staying off of social media and living in a distant technologically advanced tribal village however chances are it won’t last. So I want to end this post where is began with the question of “Does Privacy Exist Anymore?” 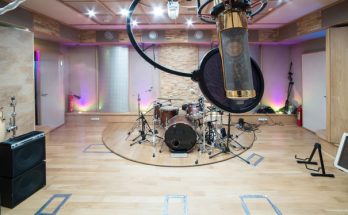 Things to Consider Before Recording in a Professional Studio 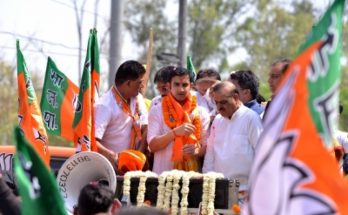 How Delhi Reflects the Mood of the Nation in this year elections? 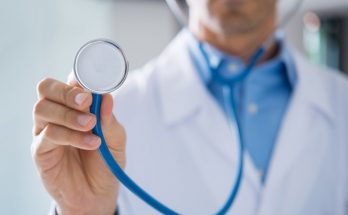 FacebookTweetPinLinkedIn “Health is wealth”. This often heard saying is really apt because, without a healthy mind and body, we really have nothing. With our lives becoming busier each day, we …

Everything you must know about Oral Cancer

A Guide To Eating Indian Food When On A Diet

Insurance Company That Will Actually Make Your Life Better

Why I Love Buying Jewelry online!

Advice On Getting A Pay Increase

Appraise the Property of a Deceased Relative with Care