Huawei MediaPad X1 – the most compact 7-inch tablet on the market. Dimensions of the device are 183.5 × 103.9 x 7.18 mm, weight 239 g, display of the tablet is based on LTPS technology and has a resolution of 1920×1200 pixels (323 PPI). In such a compact and lightweight Huawei is managed to put the battery capacity of 5000 mAh, two 13 MP camera and a 5 megapixel cameras complete its camera configuration. Moreover, this new tab also has memory card slot. 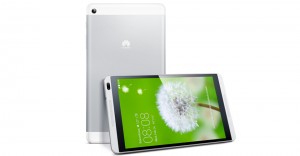 The MediaPad X1 tablet runs on Android 4.2 with the original shell Emotion UI 2.0. This tablet runs on SoC HiSilicon (unit HUAWEI) Kirin 910 manufactured on 28 nm process technology and contains quad-processor Cortex-A9 with a frequency up to 1.6 GHz, the graphics core is Mali-450MP and 2 GB of RAM memory completes its hardware configuration. The volume of the built-in storage is 8 GB. Other features of the tablet includes Wi-Fi (a / b / g / n), Bluetooth 4.0, GPS / A-GPS.

On other hand, Huawei MediaPad M1 is an 8-inch tablet whose display is powered with technology IPS. Dimensions of the tablet are following: 214.4 x 120.7 x 7.9 mm, weights – 350 g. The device uses the same processor and a set of wireless modules, as of MediaPad X1, with half the amount of RAM, 1 GB to 2 GB. Built-in battery capacity is 4800 mAh. The front and rear camera is 1 megapixel and 5 megapixel respectively. Both tablets have metal body.

MUST READ  Tips For Maximising Your Online Gaming Sessions

In the market, one of the most promising smartphone from Huawei is all new Ascend G6, which has got 8 megapixel and 5-megapixel cameras, design a set of wireless modules and battery 2000 mAh. As of MediaPad M1 Ascend G6 has got an IPS display measuring 4.5 inches and has resolution of 960 x 540 pixels. Like the MediaPad X1, the new product operating system is Android 4.3 with a proprietary interface Emotion UI 2.0. The smartphone is powered with Qualcomm Snapdragon family 200 (MSM8212) includes four processing cores Cortex-A7 clocked at up to 1.2GHz and Adreno 302 graphics core. RAM is 1 GB and storage memory is 4GB. This Huawei beast would be available in two colors – black and white.

More interesting in terms of technical characteristics smartphone Huawei Ascend G750D (Honor 3X) wins the recommended tag. The smartphone runs on Android 4.3, has received 5.5-inch IPS-display with a resolution of 1280×720 pixels, 13 megapixel and 5-megapixel Camera, a battery capacity of 3,000mAh and hardware platform MediaTek MT6592. The chipset has 8 processing cores Cortex-A7 clocked at up to 1.7 GHz, which, coupled with the graphics core Mali-450MP4 and 2 GB of RAM. It has 8GB storage memory, a slot for memory card (MicroSD). Huawei Honor 3X is a very interesting device. This beast would be available in June in two colors (black and white) as of new Ascend G6.

Let’s wait for the real performance of new 8-core Mediatek Huawei devices. Also, it is expected after the launch of Galaxy Note 4 from Samsung, Huawei is also going to enter into the phablet market and it would be giving competition to other phablets of the upcoming marking including Nexus 6, LG G3, Galaxy S6 and Xperia Z3. It could also possible; in the beginning Huawei won’t go to the high-end phablets either it would limit itself to the affordable solutions for example Galaxy Grand 2. And Samsung has also started working on the Galaxy Grand 3 and in the market of Affordable phablets Sony and Samsung is gaining names but who knows if Huawei would able to snatch that crown or not.

MUST READ  The Battle Between Two Extremes

Parking in Paris has never been easier