Tadoba Tiger Resort and Other Top Reserves for Tiger-Spotting

There are 39 Tiger reserves in India which are governed by Project Tiger(1973). In India the largest Tiger reserve is in the State of Andhra Pradesh covering area of about 40969 km2 . There are number species of Tiger in India. The Royal Bengal Tiger is easily one of the most magnificent denizens of the jungle that mankind has ever seen. While most of us have stared in awe at the powerful striped creature from outside the cages of a zoo, there is really nothing to beat the experience of coming up and close with it in its natural habitat. Despite its relatively small population compared to what it was less than a hundred years ago, the tireless efforts of the forestry departments of the various states have been to a great extent successful in creating a large number of tiger reserves where the magnificent beasts can be spotted lazing, strolling or even hunting for their hapless prey. If you are one of the lucky ones, you could even see tigresses with their playful cubs or entire prides lining up at the watering holes to slake their thirst. Here is a list and some useful information of the best tiger reserves you could consider visiting for an unbeatable experience. 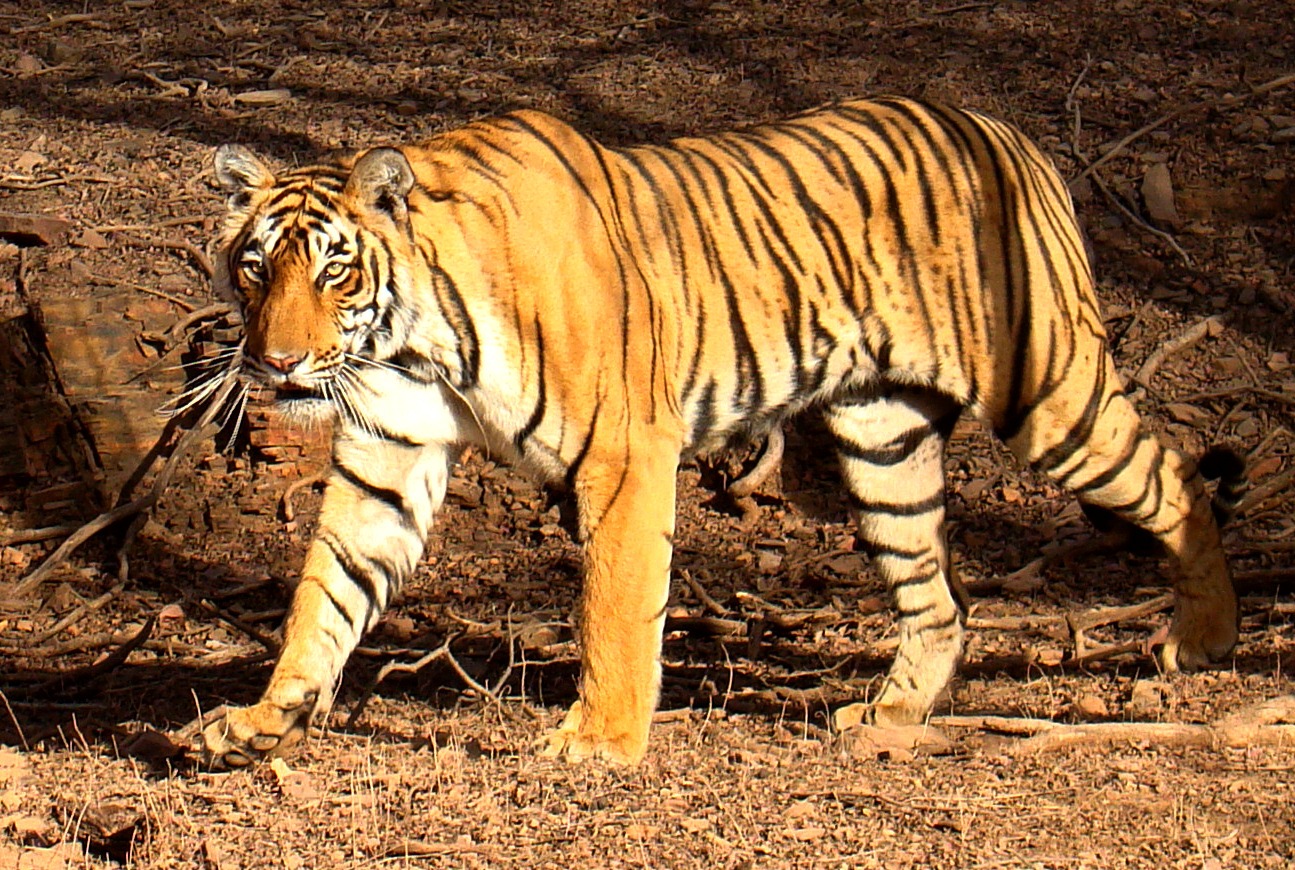 Ranthambore National Park is located in the state of Rajasthan and spreads over a humongous 500 sq. km. The park has spectacular landscapes consisting primarily of rocky ridges that provide a stunning backdrop for wildlife photographers looking for the perfect shot. Apart from its star attraction of the Royal Bengal Tigers, Ranthambore also offers a unique amalgam of wildlife, nature and history with the ruins of bygone eras. In fact, the national park gets its name from a fort sitting on the top of a hill. What’s also unique about the park is that over time even the normally shy tigers have become accustomed to the presence of humans and there have been incidents reported of tigers hunting down their prey in full sight of tourists. Open from October to May, it is relatively easy for tourists to spot the tigers here.

Among the most picturesque national parks in India, Bandhavgarh National Park is located in the Vindhya hill range in Madhya Pradesh’s Umaria district. With at least 55 tigers it offers perhaps the highest tiger density among all tiger reserves in the country. Formed in 1968, the park has four zones, which together with the buffer zone cover around 1200 sq. km. Regarded as the place from where white tigers originated, Bandhavgarhhas a population of 63 Royal Bengal Tigers. It is also home to leopards and jackals besides a large variety of deer, wild boar, and gaur. The tropical forests and lush valleys are home to over 220 bird species too.

Located in Maharashtra’s Chandrapur district, Tadoba National Park stretches over 625.40 sq. km of teak and bamboo forests that is home to a population of 43 tigers that move about freely, as well as an amazing collection of other fauna and flora. The tiger density being one of the highest, it can be very easy to spot these magnificent creatures. “The Jewel of Vidharba” as it is sometimes referred to is also the habitat of leopards, wild dogs, gaur, sloth bears, hyenas, jungle cats, nilgai, sambhar, barking deer, as well as fleet-footed chital. One can find a huge diversity of plant life as well as reptiles and insects too. Visit https://tigersheavenresort.co.in/ for more information on the attractions of the park.
Jim Corbett National Park, Uttarakhand

Established as far back as 1936, Jim Corbett National Park is the country’s very first national park that was the inspiration of Project Tiger situated in the state of Uttarakhand ,North-East India, the tiger conservation program that spread all over the nation from a modest start in 1973. The park comprises 520 sq. km. of hills, riverine belt, marshes, and grasslands as well as a very large lake. Apart from tigers, the park has the famous fish-eating crocodile, otters, leopards, and a multitude of elephants.

MUST READ  How to Get Rid of Rabbits

Located in the delta region of Gangetic West Bengal, the Sundarbans National Park is home to the Royal Bengal Tigers that have learned the art of swimming in the salt waters of the estuary to survive and flourish. The steady encroachment of human beings into the area sometimes leads to tiger attacks on the local population that lives in constant fear. The national park is also home to giant lizards, jungle fowl, wild boar, spotted deer, and lots of crocodiles. The site is famous all over the world for its dense mangroves. The endangered Olive Ridley turtles and King Crabs are also found here.

Tips To Keep Your Pet Beautiful and Healthy

IS THAT A BLACK PIRANHA IN YOUR TANK MATES???

LED Home Lighting – light up your house in an environmental friendly way!

5 Simple Tips for saving money On Your Home Renovation